So, You Missed The Art Show?

So, you missed the art show even after this relentless campaign of advertising (in a former life I may have worked for Burma Shave?). 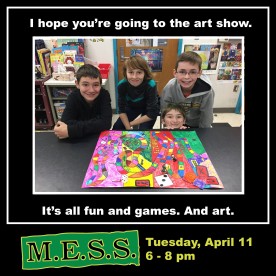 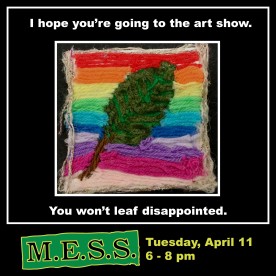 The annual Miscoe Hill Art Show was held as part of the Miscoe Hill Elective Student Showcase (M.E.S.S.). It was a warmer and sunnier than usual April 11 (a perfect night for ball games as it turns out). 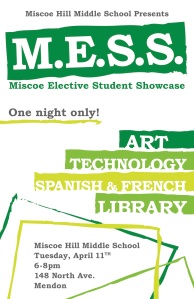 This is the second year we have contained the art show within the neighboring art rooms. In prior years we filled the upper gym. 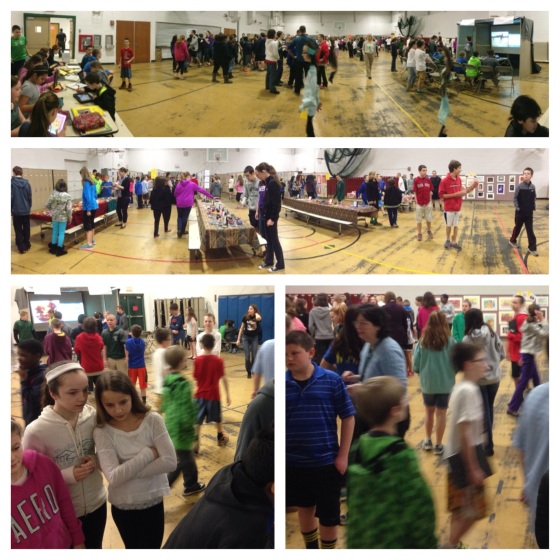 We guide visitors from the front lobby to the art rooms on the opposite side of the school through a darkened hallway filled with luminaries created by our students; each luminary holds an LED light: 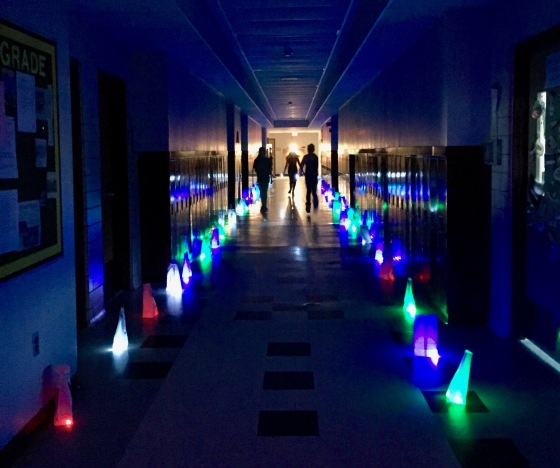 The subject matter for the luminaries was open to free choice for the students, although I showed a Tibetan prayer flag and explained how Tibetans believe the prayers and mantras written on the flags will be blown by the wind to spread the good will and compassion into all pervading space.

Because we would fill the bags with light, I suggested to the students that they could write/draw their own messages of compassion and good will and share them through our vehicle of light into all pervading space. And some did. And one featured ham. 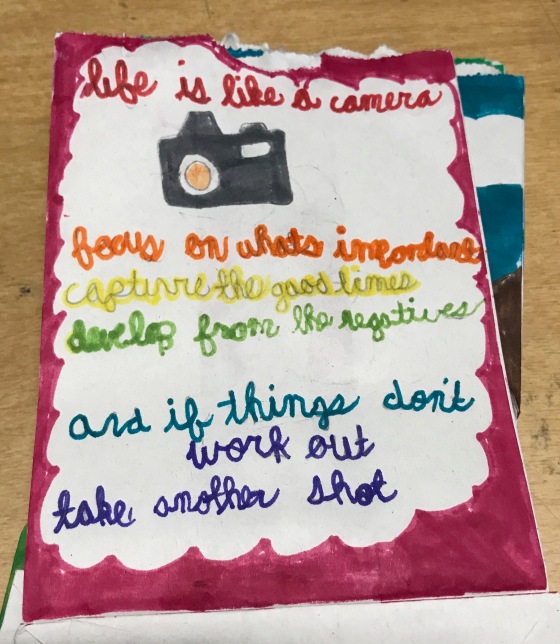 As the art show visitors entered the hallway to the art rooms, displays were set up outside the room.

And throughout the art room 2D art was on display on display panels, ceramic art was on the center table, sketchbooks were available from every student for perusal, and 3D printed models were on a table near the active 3D printer. The projector showed a video about the grades 5/6 art program, which can be found at this link:: 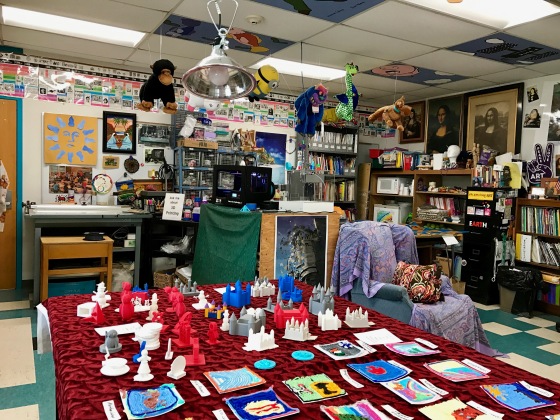 Next door in the borrowed music room (thank you Lauren and Anthony Amitrano), Family Game Night was underway with Marie Brigham (4th grade Clough) as our special guest host.

Here. sixth grade students who had collaborated on game boards with 3D printed game pieces were available, with their games, to play with visitors. Popcorn was served. 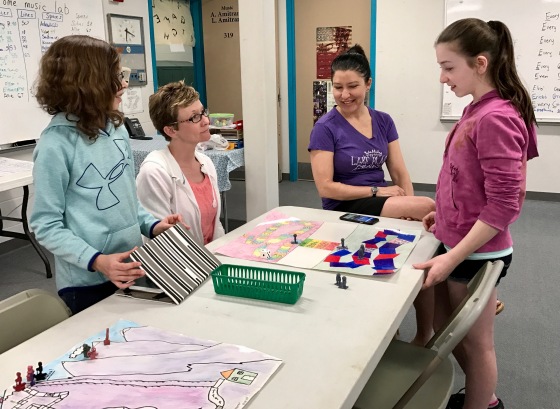 The game makers created their games in the fall of 2016, and have since moved on to other electives. I am thankful that many students returned to school that night to showcase their games.

As all art teachers know, an art show never really just happens. It is an ongoing, conscious effort throughout the school year to curate artwork and set it aside for the show which happens months later. It is a collaboration with helpers who are willing to mount and label artwork and attach it to displays. It is a delicate dance with schedules and other events in the building to make sure everyone has what they need. And it involves collaboration with the maintenance and custodial staff to borrow tables and move displays from their storage spaces. 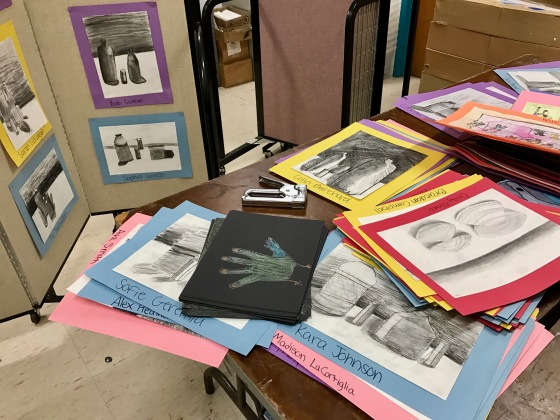 I’m so grateful for my 7th grade NJHS helpers! 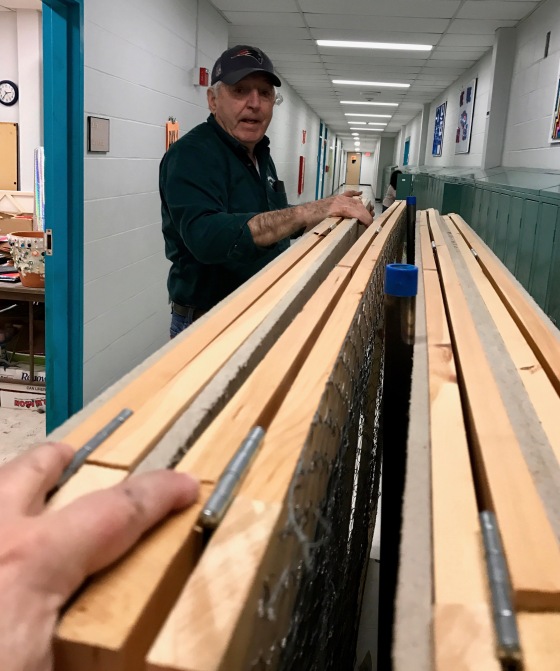 I’m so thankful for help with the displays and tables from maintenance.

And the take down. I learned a few years back to trust this work to my students, who seem to enjoy doing it. They remove the artwork from the displays, wrap and label the clay pieces, and sort it by homeroom for delivery later on. 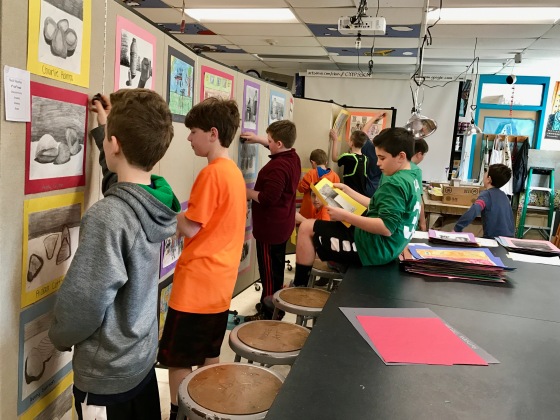 And so, you may have missed the art show, but you’ve had a good look at what you missed here. Just to give you plenty of notice  – you can SAVE THE DATE for next year – April 10, 2018.