“True silence is the rest of the mind, and is to the spirit what sleep is to the body, nourishment and refreshment.” – William Penn

We went to Philadelphia to celebrate my nephew’s wedding. Congratulations Courtney and Brendan! We brought my mother (91 years young – don’t tell her I told you her age), so flew in from Providence to Philadelphia. We stayed near Rittenhouse Square, nicknamed The French Quarter, which is an area of the city I love for its charming character and ease of access to restaurants and landmarks by foot.

Dick, my mom, and me on a park bench in Rittenhouse Square

There is so much to see in Philadelphia, from both an aesthetic and historical perspective. Fortunately, I have been there several times, including one visit in 2002 with my then 12 year old, and during that trip we visited many of the historical sites. This trip, I gladly set my sights on the aesthetics, specifically visual art. Knowing the wedding related events would occupy the evenings, and my mother would be visiting with other family while we were gone, my husband, Dick, and I set aside Thursday, Friday, and Saturday mornings to go exploring. 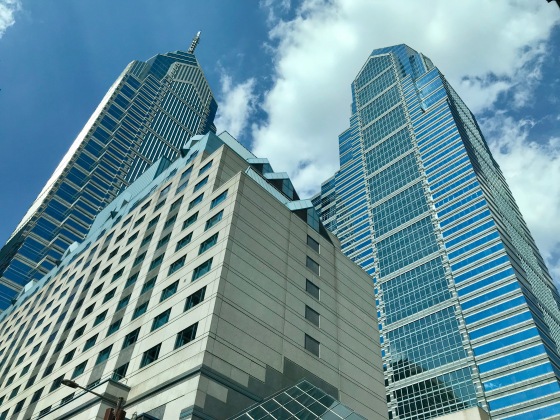 Dick’s absolute “had to” was to see the Rocky statue, placed at the base of and beside the steps Rocky ascended in the first Rocky movie. The statue was created for Rocky III and was donated to the Philadelphia Museum of Art by Sylvester Stallone. He envisioned it at the top of the main entrance steps, but the museum had other ideas, placing it out of the way yet accessible to the bus loads of tourists who visit. You can read more about that here. 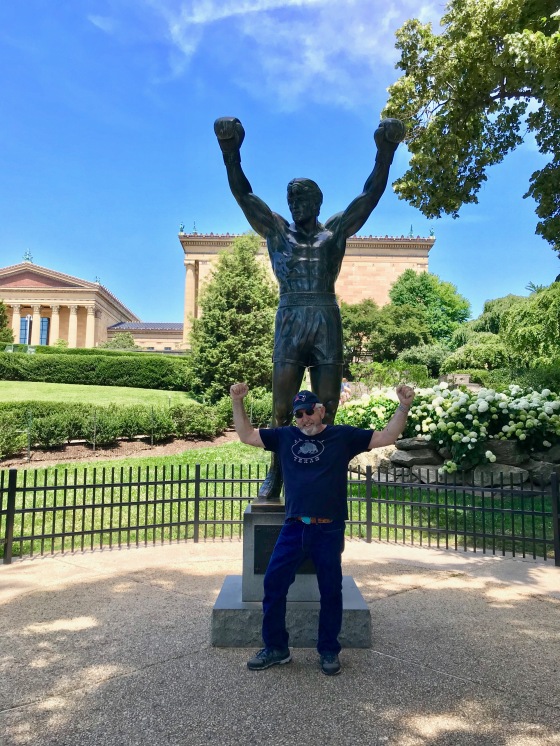 Dick at the Rocky statue 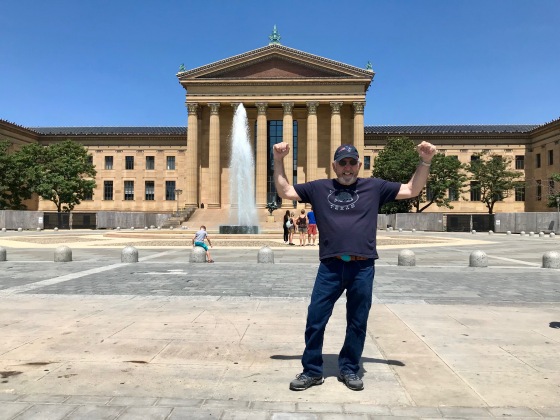 And after running up the steps

Conveniently, Dick’s “had to” landed us at the front door of the Philadelphia Museum of Art. 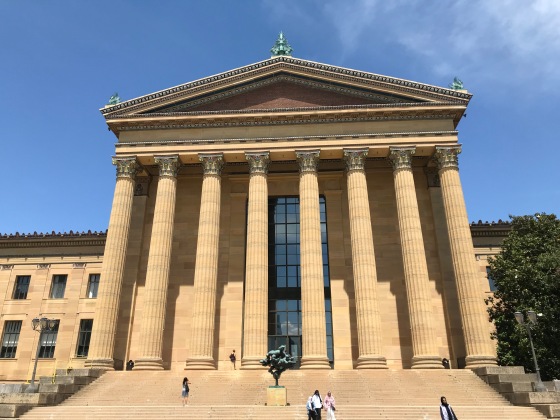 The PMA is a great institution with many masterpiece works – a joy to visit when in town. Another great institution is the Barnes Foundation, which I visited a few years ago and couldn’t find time for this trip. We also visited the Rodin Museum, written up in another post. Some of the museum’s renowned collection of artworks we visited in the museum include: 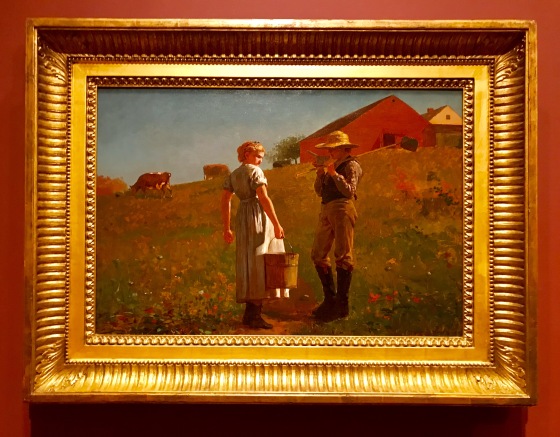 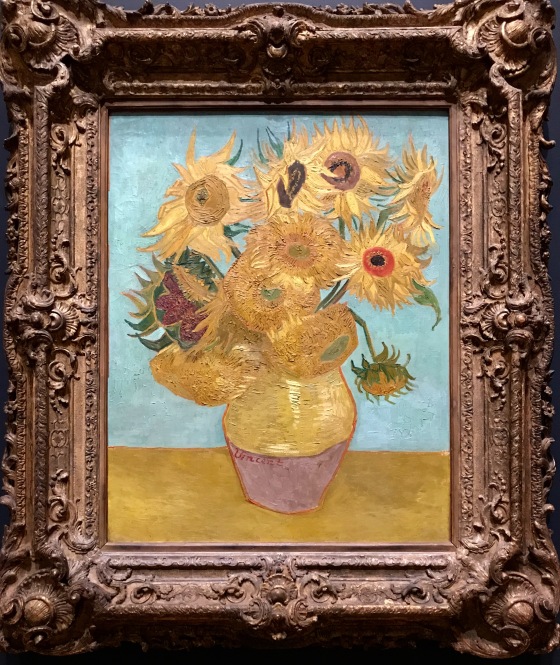 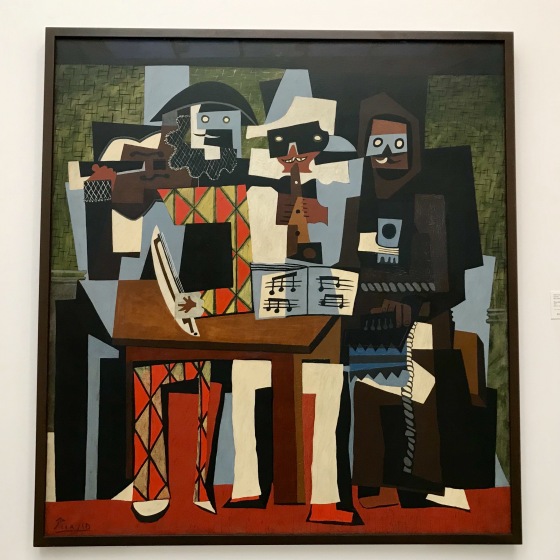 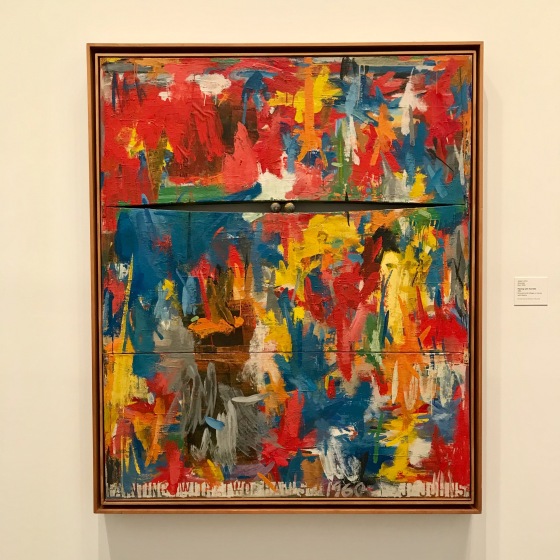 With a personal and professional focus on learning about Media Arts throughout the past year, I was pretty excited to see Bruce Nauman’s media art piece – Clown Torture (I’m Sorry) – 1987:

Dick was perhaps less enthralled. As he was by this Jasper Johns installation:

Of course the art historians among us know that Johns was simply emphasizing the role of light as a fundamental formal element of art. Of course. Speaking of art historians…

One reason I love to visit art museums in cities around the country is because each major museum has collections by regional artists. In Boston we have John Singleton Copley and John Singer Sargent, for instance. Also an early colonial city, Philadelphia has its own regional artists, including Charles Wilson Peale, Edward Hicks, and Thomas Eakins. Let’s start with one of the more challenging pieces, which begs you to look because of the mysterious curtain.

Charles Wilson Peale – Mrs. Peale Lamenting the Death of Her Child – 1772 Rachel, his first wife, weeping over their daughter Margeret, who died of smallpox – For a description of this unusual painting and the curtain, see placard below

A lighter Peale – this troupe l’oeil piece is remarkably well situated within the museum and catches one by surprise:

And the Quaker painter, Edward Hicks:

Lastly, the Philadelphia Museum of Art holds a comprehensive collection of artwork by native son, Thomas Eakins, whose paintings and story are both interesting and compelling. 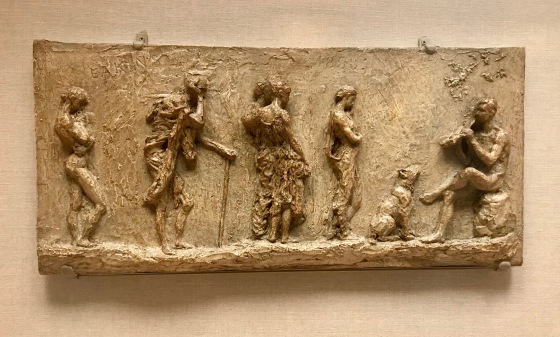 A small confession here, I usually stick with painting, sculpture, photography, and media arts when visiting museums, but Dick was drawn to the fine craftsmanship of colonial and shaker furniture at the PMA. Here are two pieces from that wing that stood out: 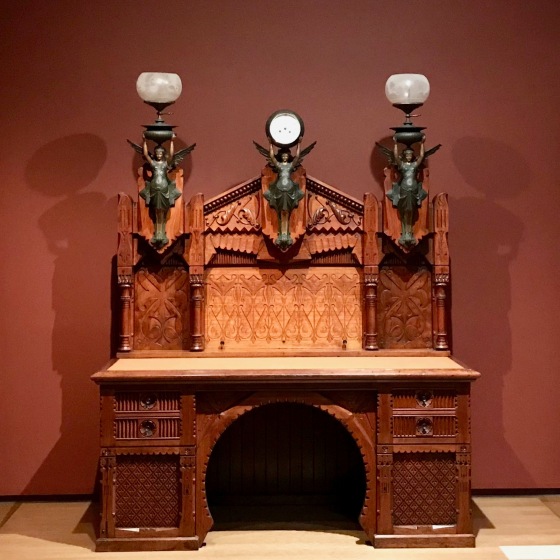 Nourished and refreshed by silent reflection on beautiful artworks, with renewed spirit we walked out of the museum into the heat of the city.

View of the city from the museum steps

Facing left from the front steps

This post is part one of a group of posts about my self-directed professional development in the summer of 2019. To see the others, search Summer Learning or 2019 Summer PD.