This is the third fall I have facilitated the WeRMakers Product Redesign unit. This is a project-based-learning unit that utilizes resources from Project Zero Classroom’s Agency by Design. A few colleagues and I  participated in their online course, Thinking and Learning in the Maker-Centered Classroom during the summer of 2016. The course introduces unique thinking routines that foster the primary maker capacities of looking closely, exploring complexity, and finding opportunity. Later that fall, I facilitated the process with the 5/6 Art club, giving me a chance to get my feet wet with a small group of 15 students. After setting up the technology structure and creating a cohesive unit over the summer, I implemented it with all 5 of my fifth grade classes in the fall of 2017, with great success. We just wrapped up this year’s WeRMakers unit in early January.

Inspired by the ideas and routines in the book, Maker-Centered Learning: Empowering Young People to Shape Their Worlds, authored by Edward P Clapp, Jessica Ross, Jennifer O. Ryan, and Shari Tishman, I began working part-time as an online coach for the course. I enjoyed this opportunity to help others with their understanding of the Thinking Routines and to learn from them as they reflected on their experiences applying the concepts to students of all ages in many different types of classrooms around the world. This opened my eyes to applications for the routines I hadn’t considered.

Thank you to all of the people at Agency by Design for all of the ideas and resources you’ve shared. Your inspiration and generosity are deeply appreciated.

What I’ve come to, with my own students, is the process outlined on this document, which I created to explain to colleagues for collaboration. The Thinking Routines we employed are listed and linked in the document, and some of them are included in Spanish.

The structure I provide for my fifth grade students is through sharing resources in Google Classroom, where they are also linked to Google Forms (surveys, reflection, information sharing), and in student-created sketchbooks that are used as Discovery Logs. 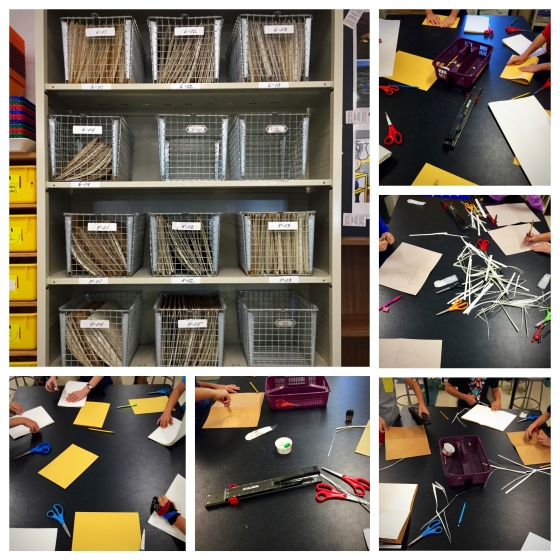 When I put together curriculum units, I always frame the components into three categories, Explore (introductory “hook”, initial exposure to content, development of “wonders”), Create (ideation, drafting, making, design thinking), and Share (presenting the creation for feedback, developing marketing tools such as a 60-second elevator speech and product posters). Throughout every stage of the process, students are working in learning groups, sometimes the groups are genuinely cooperative and sometimes cooperation requires coaching.

The first step in the Explore stage of the unit is the Design Hunt:

This year I made a worksheet for the students: 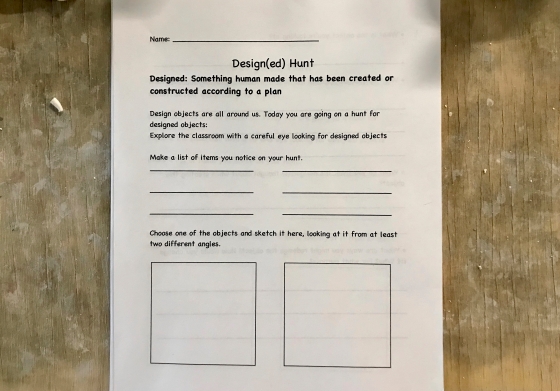 And here is what it looks like in the classroom. Keep in mind you can do this anywhere, inside or outside the school.

The next step is to rehearse the Thinking Routine Looking Closely with objects that have very few parts. Inexpensive pencil sharpeners and ball point pens work well. 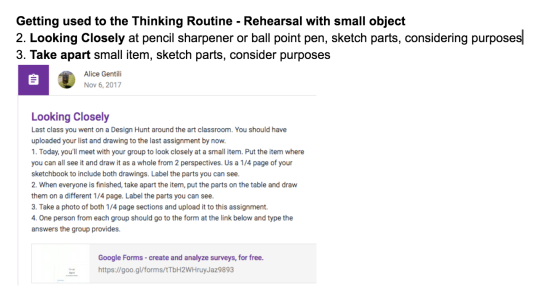 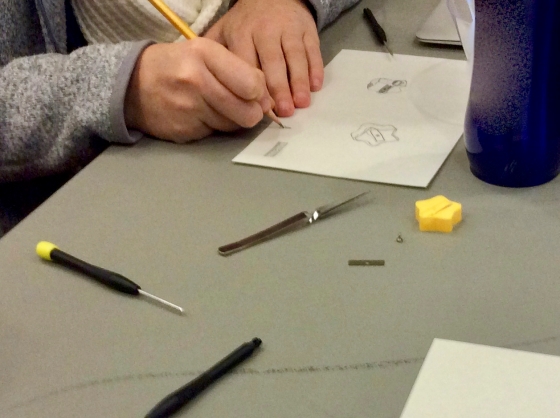 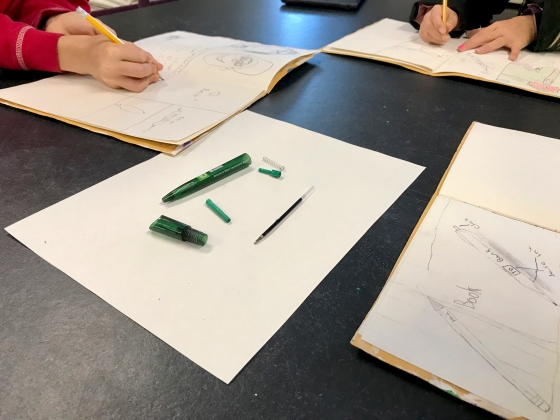 Following the Looking Closely/Take Apart experience, student groups completed a Google Form where they explored the Parts, Purposes, and Complexities of the object. 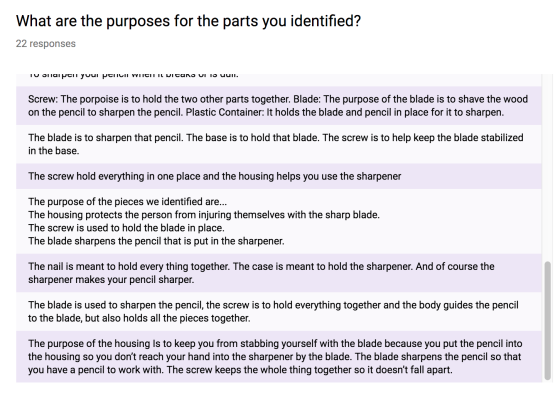 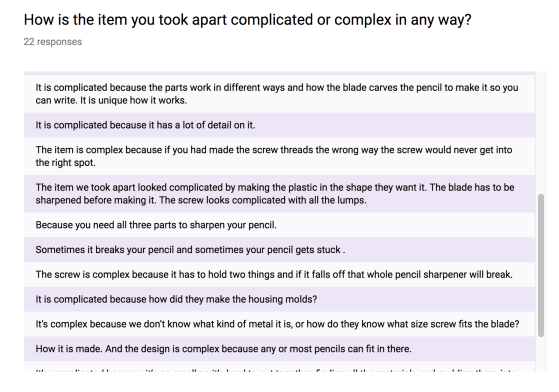 Over the years, I have learned that it takes time and a focused effort to facilitate cooperative learning in the middle school classroom. The above rehearsal of the Thinking Routines and group Google Form completion is also a great opportunity to work through some personality differences that could lead to conflicts later on within a group. Keeping the rehearsal simple and involving concepts that students aren’t emotionally attached to also helps. Lastly, while this is going on, I move around the room casually watching and listening to groups interact, which gives me a sense of where some coaching is needed.

Once the simple object rehearsal is finished, students begin the steps with small appliances. Last year I sent out a call for donations of unwanted small appliances and we received everything from lamps to hairdryers. This year, I stumbled upon a box of classroom phones left in our school storage room.

After double-checking that they were indeed junk, we used them rather than collecting small appliances. In the end, they did the job, but the diversity of many different objects the year before had been more exciting, yielding many unique product redesigns. It was still good, though, and because the students worked in small groups, each of their experiences were unique to the group, it was only from my overview perspective that I noticed similarities.

Looking Closely at the phone front and back to elicit wonder 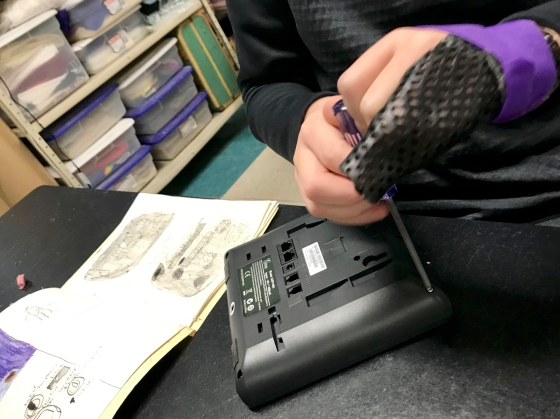 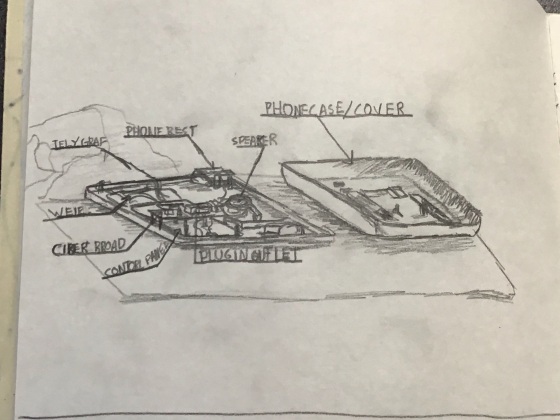 Sketching all the parts and thinking about the role of each and interdependency, beginning systems thinking

The next step in the Explore phase of this project is developing Systems Thinking. Independently, students look at a variety of images from Agency by Design that I’ve prepared with questions in a Google Form here. Once they’ve all completed the form, they talk to their group about their findings and then we go over each of the examples together as a class with the images projected. I enjoy facilitating this discussion and watching the class come to a consensus on the definition of a system, usually something like, “A system is made of many parts working together. Within a system, one part affects the others.”

Because all groups were working with the same appliance (phones), the Systems Thinking conversations were rich with connections made across all groups, compared to each group having a different appliance. I really liked how the whole class could offer inout on the different users and people interacting with the product in the phases of Manufacturing, Distribution, Purchasing, End Users, and Disposal. With an older group I would add Source Mapping to the system.

Students then choose one group from their list of people who interact with the product and then use empathy to understand the relationship between the person they’ve chosen and the product. I assign this as a question in Google Classroom, which elicits a group discussion. One person from the groups records the responses in a handwritten list.

Groups choose one person or user within the system. They consider ways a person or group of people interacts with the appliance or in the manufacturing of the item. They use empathy to consider possible problems the people may have within their role with the product.

Groups consider how they might make the product more beautiful, efficient, effective, or ethical for a user or user group or manufacturer. Notes are taken, the plan is shared with another group. Designs are drafted. 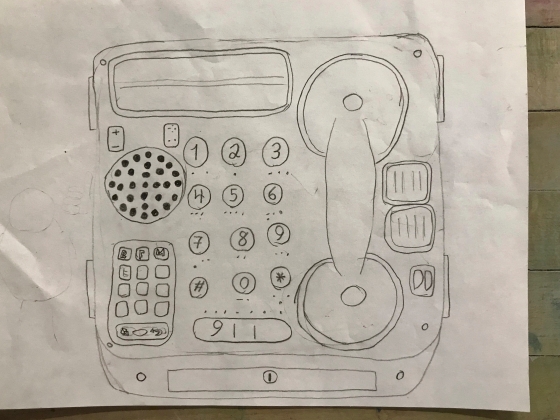 This group chose to focus on the Distribution phase of the product, choosing to invent a plane specifically designed for better cargo space, heating and cooling fans, and a customized ramp for loading and unloading the product.

Groups choose from the draft sketches of the newly revised product then work together to create a poster advertising their product.

Other group members work on a scientific diagram as if they were going to have a prototype made.

Students work together to write, rehearse, and record a 60 Second Elevator Speech to promote their idea. They recorded the video in the DoInk Green Screen app and added a photo of an elevator interior as the underlay. Once recorded, this is uploaded to FlipGrid and Google Classroom. 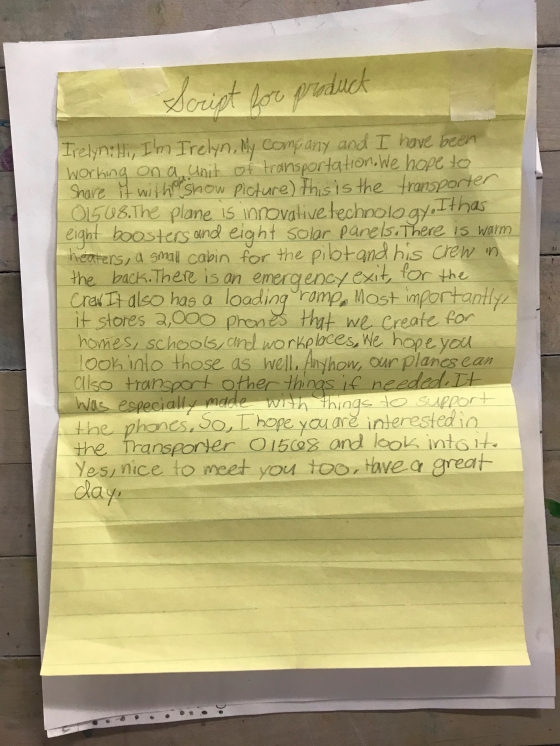 The video is shared with the class audience and then each group shares their Product Poster and Scientific Diagram with class, first explain which group of people they chose and how they made the product more beautiful, efficient, effective or ethical for the group.

For closure on the unit, students are asked through Google Classroom to fill in a Google Form with their feedback. I use this feedback to inform my planning for the next facilitation of this unit and while creating or revising other curriculum units. Here are some examples of the feedback: 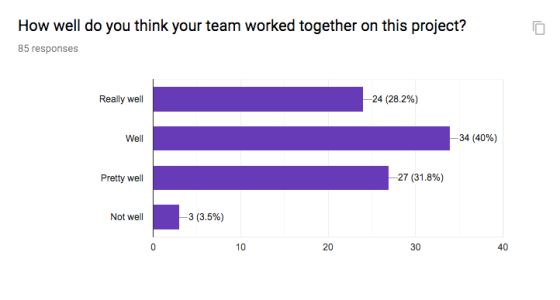 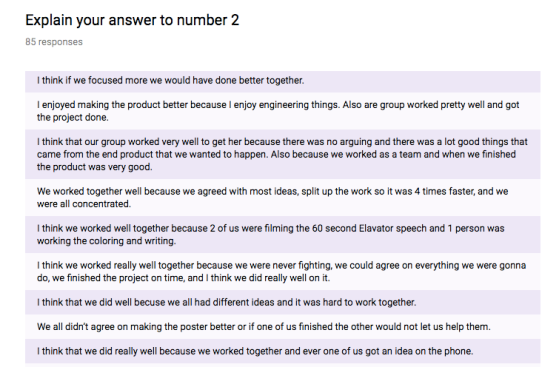 From Explore to Create to Share, this cross-curricular unit takes about 15 classes, each 50 minutes long every other day, to facilitate as a Visual Art project. This is one-third of my time in the semester with my students. It is well worth it for the success skills being learned including cooperative learning, systems thinking, public speaking, to name just a few. It is also an opportunity to practice skills inherent in visual art and design including design thinking (design process), creative process, and graphic design in an authentic task. It would be an effective collaborative unit across disciplines, and I look forward to restructuring it as such in the future. 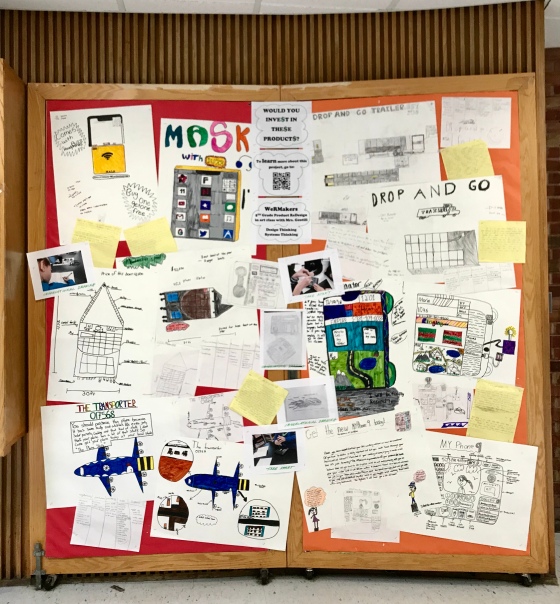